Did a flesh-eathing bacteria just kill 10 and hospitalize 32 people, according to newly issued warnings? No, that's not true: the events took place in 2014 but a news report about it recently went viral again after someone posted it to a Christian Facebook group:

New warnings issued Monday surrounding a bacteria found in the ocean that has already killed several people in Florida.

It is called Vibrio vulnificus, a cousin of the bacterium that causes Cholera and it thrives in warm saltwater. "Since it is naturally found in warm marine waters, people with open wounds can be exposed to Vibrio vulnificus through direct contact with seawater," the Florida Department of Health said in a statement.

The Florida Department of Health reports 13 people have contracted the bacteria and 3 have died from the strain. Last year, 41 people were infected and 11 died. Florida isn't the only state to report Vibrio vulnificus infections. Alabama, Louisiana, Texas and Mississippi have also recorded cases. 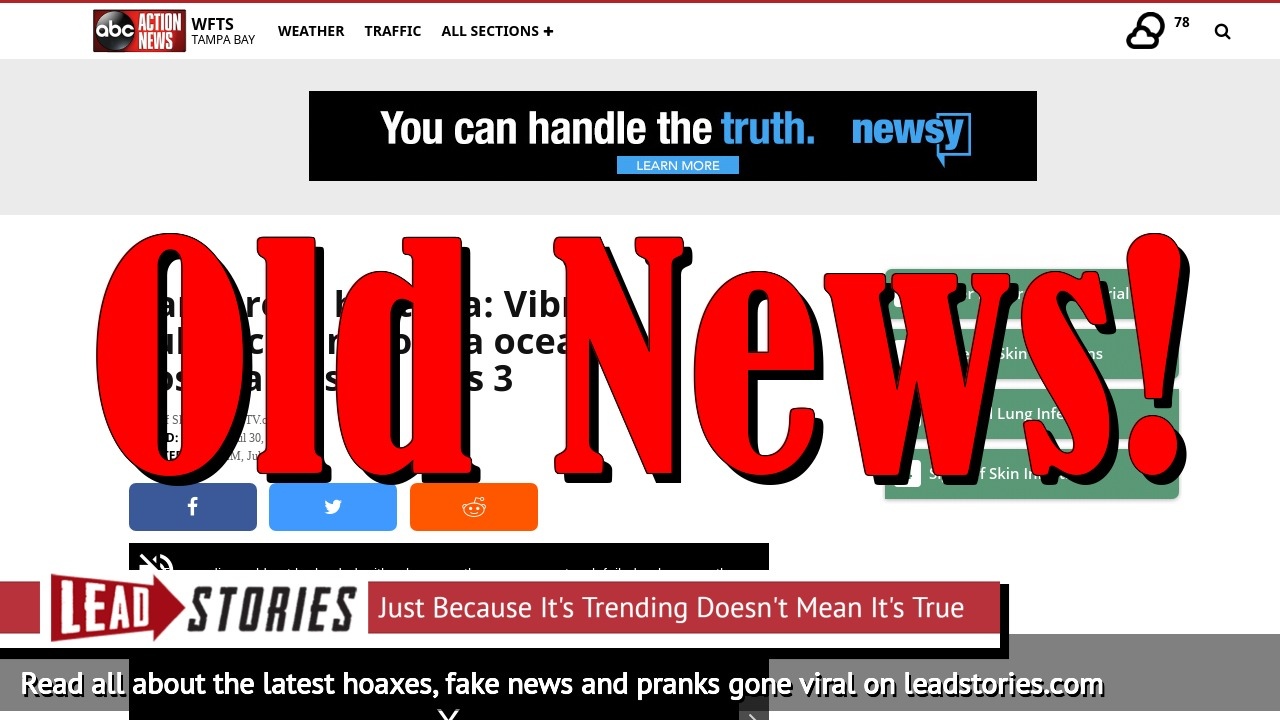 The story was later updated with an editor's note:

However on social media people only saw this title, description and thumbnail which made it appear as if it was recent news:

New warnings issued Monday surrounding a flesh-eating bacteria found in the ocean that has already killed several people in Florida.

Before sharing an alarming piece of news it is a good idea to always check the date first!