Did a medical drone delivering drugs crash in Togo during tests? No, that's not true: the story was made up by a fake news site masquerading as satire, it is not real.

Medical authorities and a technical team testing Medical Drones have had its first drone crashed in Togo.

The exercise took place at the Korle Bu Teaching Hospital on Saturday.

The drone was scheduled to deliver medical supplies from Korle Bu to the Ridge Hospital. 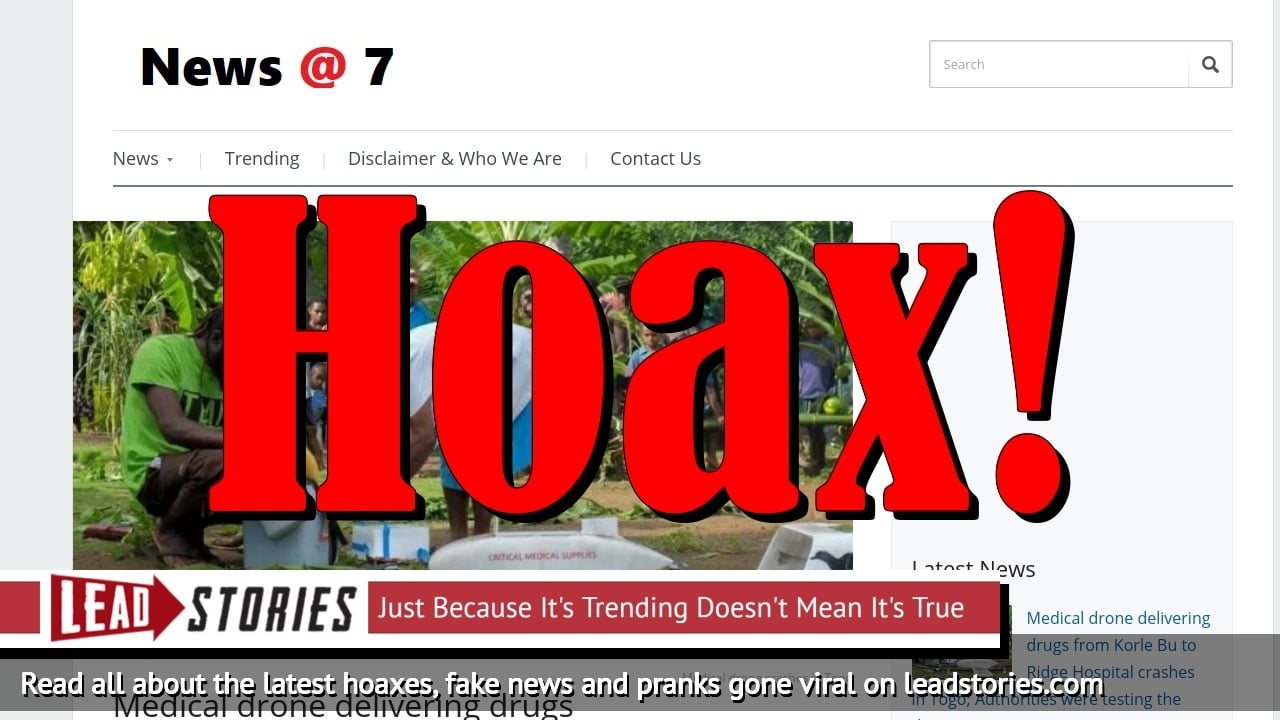 Users on social media only saw this title, description and thumbnail and they wouldn't have seen the "satire" disclaimer at the bottom of the article:

Medical authorities and a technical team testing Medical Drones have had its first drone crashed in Togo. The exercise took place at the Korle Bu Teaching Hospital on Saturday. The drone was scheduled to deliver medical supplies from Korle Bu to the Ridge Hospital. Authorities say they lost track of ...

The site comes with a satire warning in the footer:

The picture of the drone used to illustrate the story wasn't even from Africa: it was taken thousands of miles away on Vanuatu in the South Pacific, as can be seen in this article:

Joy Nowai lives on Vanuatu - a cluster of islands in the South Pacific The drone took 25 minutes to travel 25 miles (40km) over rugged mountains Once landed, a nurse vaccinated 13 children and five pregnant women A one-month-old baby has become the first child in the world to ever be given a vaccine that was delivered by a commercial drone.

We wrote about news7pm.com before, here are our most recent articles that mention the site: