Did Sen. Bernie Sanders say 'When you're white, you don't know what it's like to be poor' and are 70% of Americans living in poverty white? Yes, the quote is true, but no, the statistics is wrong: Sen. Sanders did say that during a presidential primary debate with Hillary Clinton in 2016, but a trending meme that includes the quote is wrong in also claiming that White Americans make up 70% of those living in poverty in the United States.

Versions of the meme have circulated since the 2016 presidential primary debate, and more recently in a post (archived here) published on May 11, 2019 under the title "YUPPERS ANOTHER DEMOCRATIC SOCIALIST WHITE RHETORIC SMH". It opened:

'When you're white, you don't know what it's like to be poor'

FACT: 70% OF AMERICANS IN POVERTY ARE WHITE
STOP DIVIDING US. STOP PITTING US AGAINST EACH OTHER. 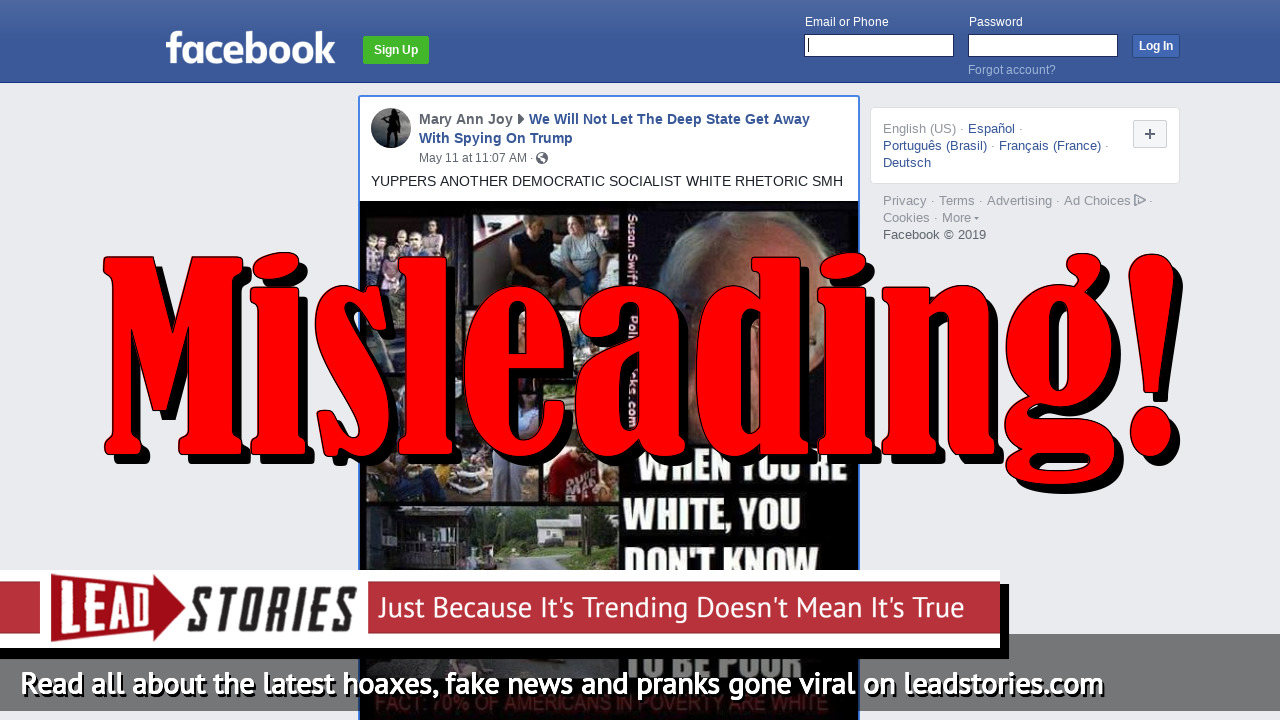 This is what one version of the meme looks like on social media: 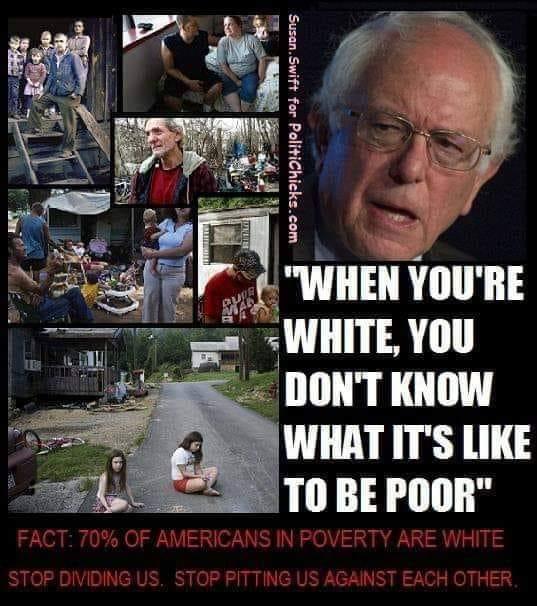 Sen. Sanders was debating Hillary Clinton in Flint, Michigan, on March 6, 2016, when CNN host Don Lemon asked him what racial blind spot he might have. Sanders replied with examples of racial descrimination and then said this:

Sanders was criticized in the wake of the debate for overlooking the millions of American families who are white and in poverty. In fact, just as Whites are the largest racial group in the United States, they make up the largest group living below the federally-recognized poverty line. But the memes reviewed by Lead Stories are wrong when they exaggerate the percentage of poor whites. They make up under 42%, not the 70% claimed.

The bottom line is that 41.67% of all families in poverty in 2017 were white and 23.52% were black. While the Sanders quote is accurate, the meme is false on the poverty claim.