Did Donald Trump say in a 1998 interview that if he ran for president it would be as a Republican because they are the "dumbest group of voters in the country"? No, that's not true: It is a made-up quote that has made the rounds of social media since soon after Trump announced that he was running for president in 2015. There is no record of such a quote in any interview anywhere at anytime.

The fake quote -- which Lead Stories first debunked in December 2015 -- continues to circulate, including in a post (archived here) published on July 18, 2019. It read:

If I were to run, I'd run as a Republican. They're the dumbest group of voters in the country. They believe anything on Fox News. I could lie and they'd still eat it up. I bet my numbers would be terrific.
Donald Trump
People magazine, 1998 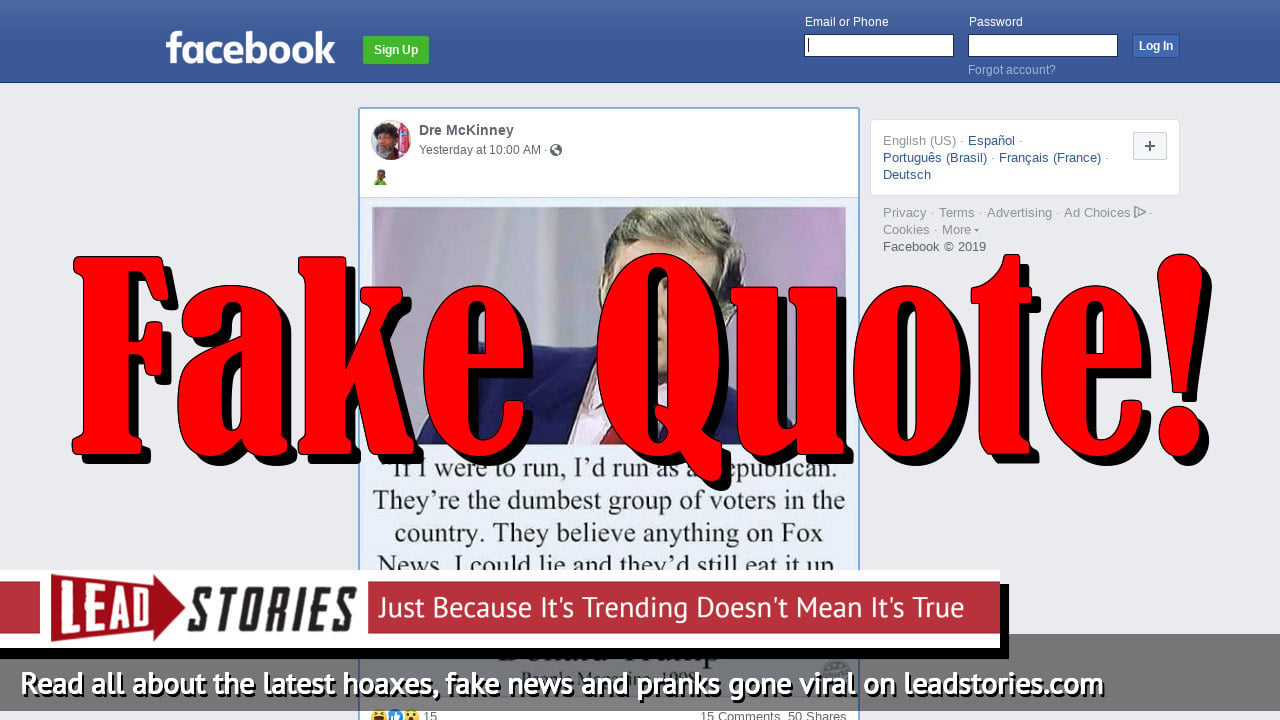 While Trump is known for statements that offend various people and groups, there is NO evidence he said this as purportedly quoted in People Magazine. People archives don't have it and there are no online records of it.

Another clue is the idea that in 1998 Republicans "believe anything on Fox News." The cable channel was in its early years then and had not yet gained the reputation as a conservative influencer that it earned after the 9/11 terror attacks in 2001.

The quote also conflicts with what Trump told Larry King in a 1999 CNN interview, when he was seriously talking about a presidential run:

I'm a registered Republican. I'm a pretty conservative guy. I'm somewhat liberal on social issues, especially health care, et cetera, but I'd be leaving another party, and I've been close to that party ... I think that nobody is really hitting it right. The Democrats are too far left. I mean, Bill Bradley, this is seriously left; he's trying to come a little more center, but he's seriously left. The Republicans are too far right. And I don't think anybody's hitting the chord, not the chord that I want hear, and not the chord that other people want to hear, and I've seen it.