Did one of the guards (named Arturus Tubolls) that was supposed to watch Jeffrey Epstein mysteriously vanish? No, that's not true: the story was published by a liberal satire website that tries to fool Trump supporters and Republicans into sharing made up stories that are clearly marked as satire when you actually click them. Articles from the site are frequently copied by foreign-run fake news websites. The people liking and sharing these stories are enriching foreign website operators (or a liberal from Maine) via the ad revenue generated with the content which is probably not what they expected or wanted.

The story originated from an article published by BustaTroll.org on August 11, 2019 titled "Guard Watching Epstein Has Mysteriously Vanished" (archived here) which opened:

The Federal Bureau of Prisons is refusing to divulge the whereabouts of Arturus Tubolls, the prison guard who was supposed to be checking in on Jeffrey Epstein the night he allegedly killed himself. "Art," as his friends call him, hasn't been seen at work or at home since the incident, prompting some to be concerned for his well-being.

The Department of Prisons says that Tubolls was supposed to have the weekend off and that there's a good chance he's just out tying one on, but our own interior investigation has uncovered some interesting facts:

Art Tubolls has at one time or another: 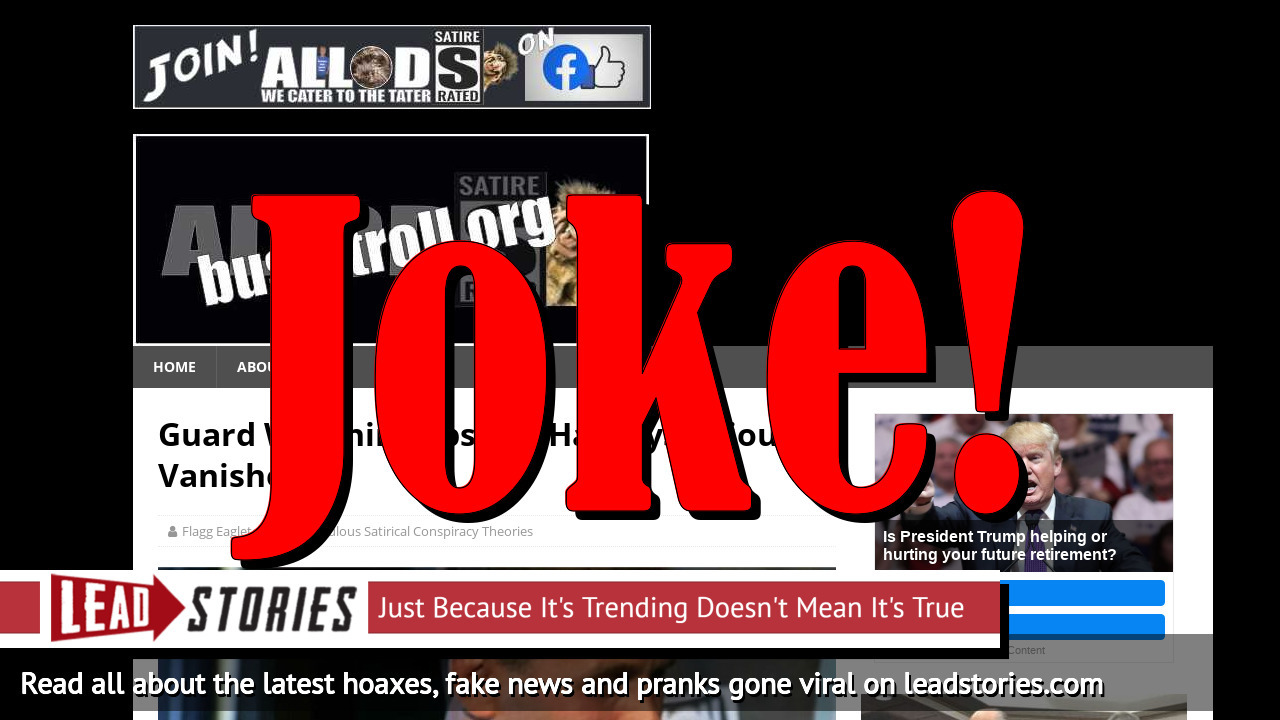 The truth is right there in front of you.

The story was posted in the category "Ridiculous Satirical Conspiracy Theories" and "Art Tubolls" is an anagram for "Busta Troll", the nickname of the man running the site. For some weird reason the story is illustrated with a picture of MMA fighter Igor Zinoviev:

The site is part of the "America's Last Line of Defense" network of satire websites run byself-professed liberal troll Christopher Blair from Maine along with a loose confederation of friends and allies. Blair has been in a feud with fact checking website Snopes for some time now and has also criticized other fact checkers in the past who labeled his work "fake news" instead of satire. In reaction to this he has recently rebranded all his active websites and Facebook pages so they carry extremely visible disclaimers everywhere.

NewsGuard, a company that uses trained journalist to rank the reliability of websites, describes bustatroll.org as:

We wrote about bustatroll.org before, here are our most recent articles that mention the site: