Do energy drinks like Red Bull contain taurine extracted from bull semen? No, that's just an old hoax that keeps going viral. The company itself has put out a denial on its website years ago but the story keeps popping up again and again, often under the form of recycled images from an old satire story or screenshots from a now-deleted article on Answers.com 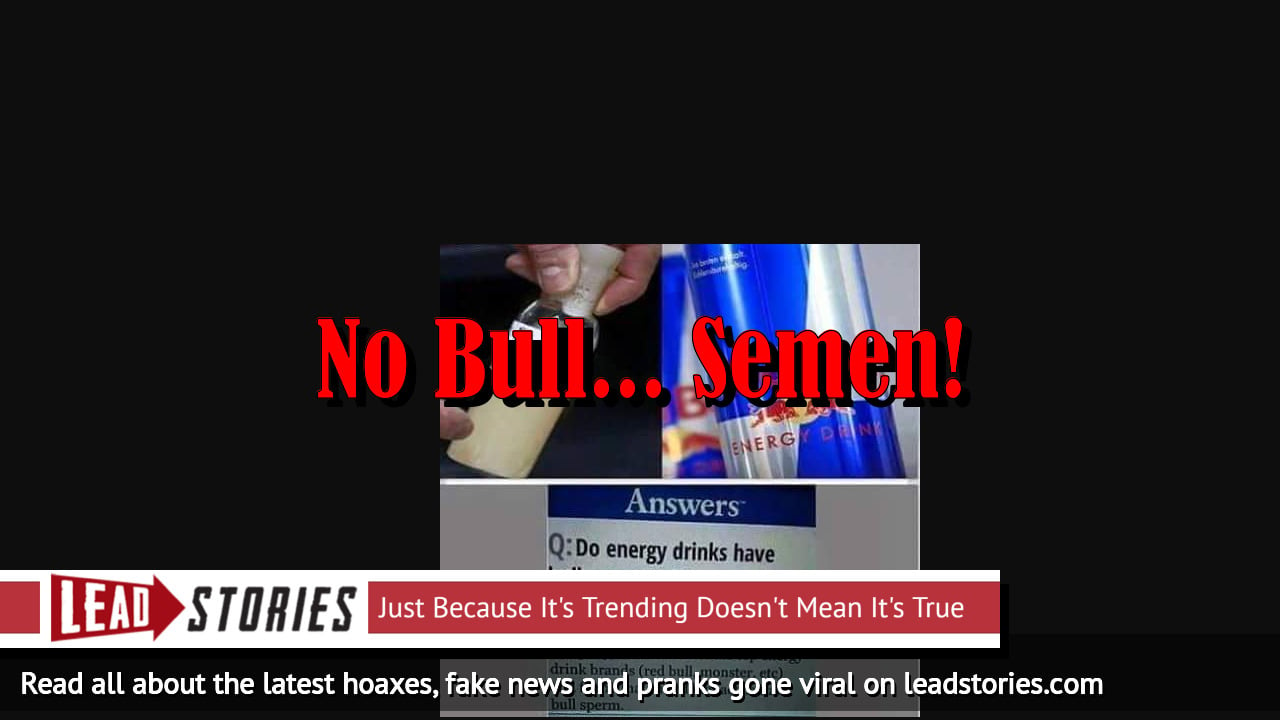 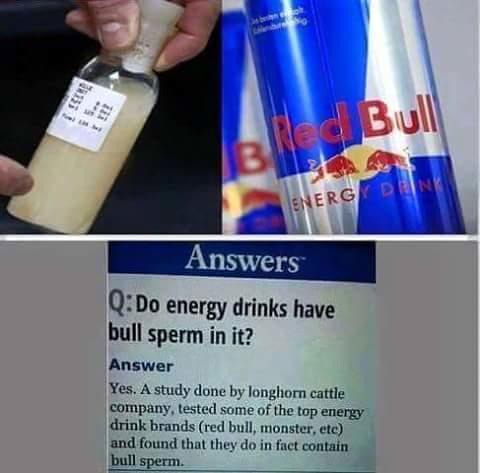 The question has been asked so many times over the years that the Red Bull company put it in the FAQ on their website (archived here):

Many people bet it comes from some delicate parts of the strongest and most potent bulls in the world, but the truth is that the taurine in Red Bull is produced synthetically by pharmaceutical companies, which guarantees highest quality standards. Taurine is not derived from animals.

The story is often accompanied by a screenshot seemingly from the website Answers.com, with following text:

Q: Do energy drinks have bull sperm in it?

Answer: Yes. A study done by longhorn cattle company, tested some of the top energy drink brands (red bull, monster, etc.) and found that they do in fact contain bull sperm.

Answers.com Will No Longer Take Questions and Answers

It appears that Answers.com is done taking answers. The site's vice president of business operations, Chris Hawkins, sent an email to "super-users" on Thursday advising them that their logins and user profiles are being deleted and that the website will no longer allow any more edits or user contributions.

There are however several other questions and answers on the site today actually telling the truth: 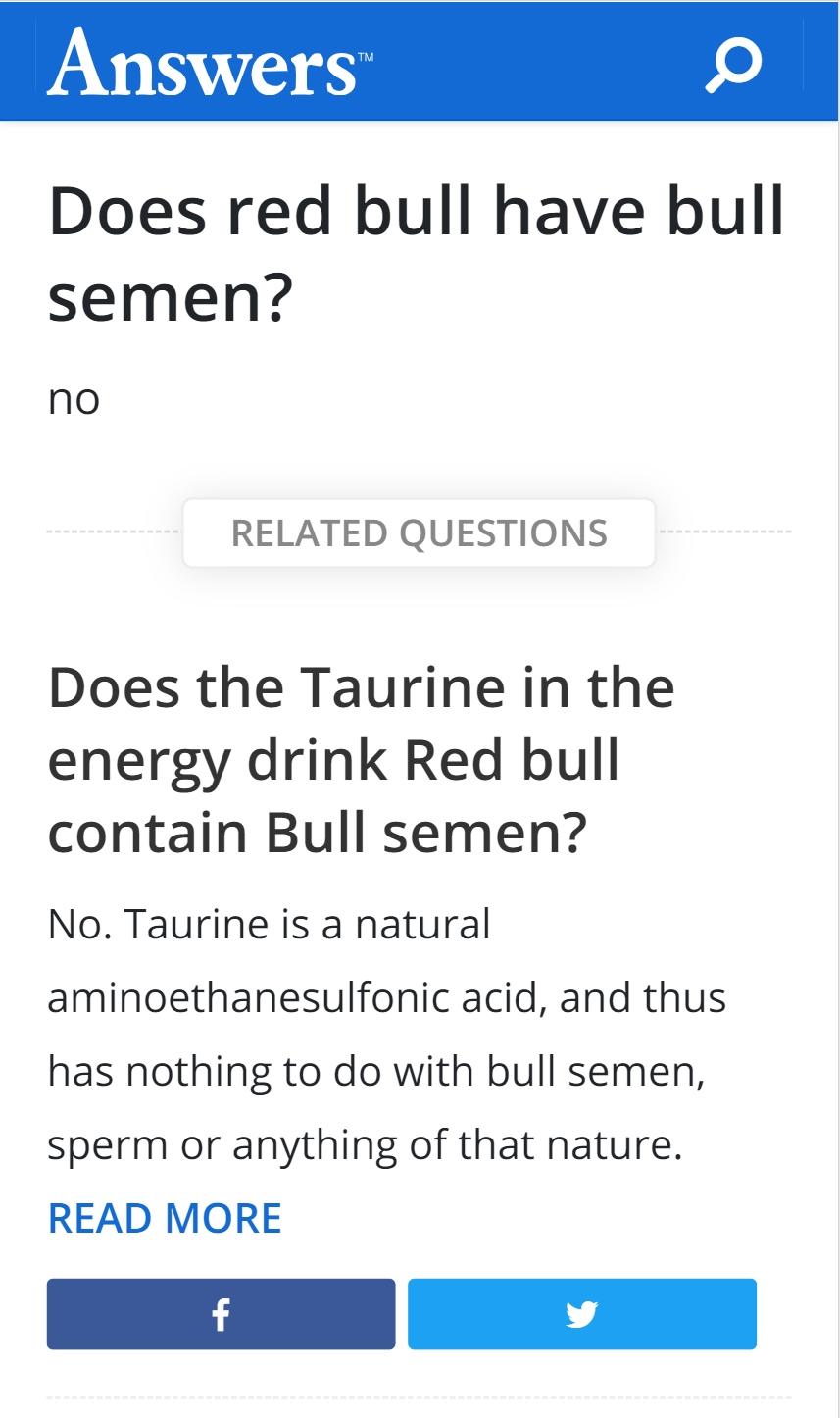 The Longhorn Cattle Company story was already being spread in 2015 by the website NotAllowedTo (which nowadays has a barely visible satire disclaimer in the footer which wasn't there at the time the article was publsihed):

TEXAS - Longhorn Cattle Company, tested some of the top energy drink brands such as Red Bull, Monster, etc. What they found might leave your stomach in a knot. They found that the drinks do, in fact, contain bull semen. Taurine is the ingredient that has come under fire.

But according to Google the website of the Longhorn Cattle Company has never even mentioned "Red Bull" so that part of the story is false too.