Are the people shown in this "Stolen Lives Quilt" meme victims of illegal alien killers? No, that's not true. While many of those pictured were killed by undocumented immigrants, the 30 images on the right half of the meme show victims of the 2016 Orlando, Florida, Pulse Nightclub massacre, which was blamed on a man born in New York state. The meme creator apparently conflated being Muslim and the son of immigrants with being an illegal alien.

The false meme appears to have been created by Twitter user @LVNancy and was widely shared on social platforms, including in a post (archived here) published on Twitter on June 22, 2019, which opened:

Build the WALL!!! We're sick and tired of you Dems and your resistance! This is OUR COUNTRY and we are demanding our Wall! BLOOD is on your hands Schumer and Pelosi! And because you're resisting funding for our border safety you're ANTI-AMERICAN 👉🏻 TRAITORS!

Build the WALL!!! We're sick and tired of you Dems and your resistance! This is OUR COUNTRY and we are demanding our Wall! BLOOD is on your hands Schumer and Pelosi! And because you're resisting funding for our border safety you're ANTI-AMERICAN 👉🏻 TRAITORS! pic.twitter.com/elZsIXQRLm

The below photo of Pulse nightclub victims was added to The Remembrance Project's quilt photos, suggesting that the June 12, 2016, Orlando massacre was carried out by an undocumented immigrant. The shooting left 49 dead and 53 injured. 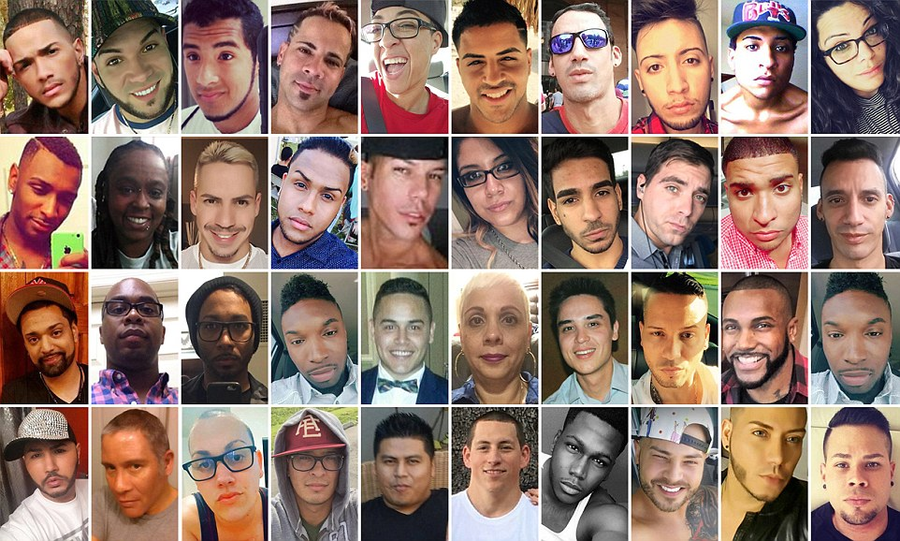 The Pulse Nightclub shooter was Omar Mateen, a U.S. citizen born in Hyde Park, New York, on November 16, 1986. His mother and father were immigrants from Afghanistan.

While the Remembrance Project claims to advocate on behalf of the families of victims of violence and tragedy, its founder Maria Espinoza grossly misrepresents the level of crime committed by immigrants, routinely demonizes immigrants as "invaders," and has a record of working with white nationalists.

The Remembrance Project was founded by Texas couple Maria Espinoza and Tim Lyng in 2009. Espinoza was active on the conservative circuit in her native Houston, serving as president of the Houston chapter of the Eagle Forum, a right-wing group founded by Phyllis Schlafly, widely considered to be the matriarch of the modern conservative movement.

This meme does not appear to have been created by The Remembrance Project.